Back To Recent Work

Qatar Airways were launching a brand new Airbus A350 XWB plane, which they had exclusivity on for 6 months before it was released to airlines globally. The planes unique selling point was its curved tipped wings, which allowed for less drag.

The reason for the site was to show of this special plane, which also had lay-flat beds as well as a fully fledged bar.

This was an entirely front end built one page website which used cutting edge technologies like Backbone, Marionette, Grunt etc.

Using Handlebars as my templating system, I was able to translate the website into 3 languages; English, German and Arabic without any issue, the site could also have as many additional languages as required just by creating a new JSON file. 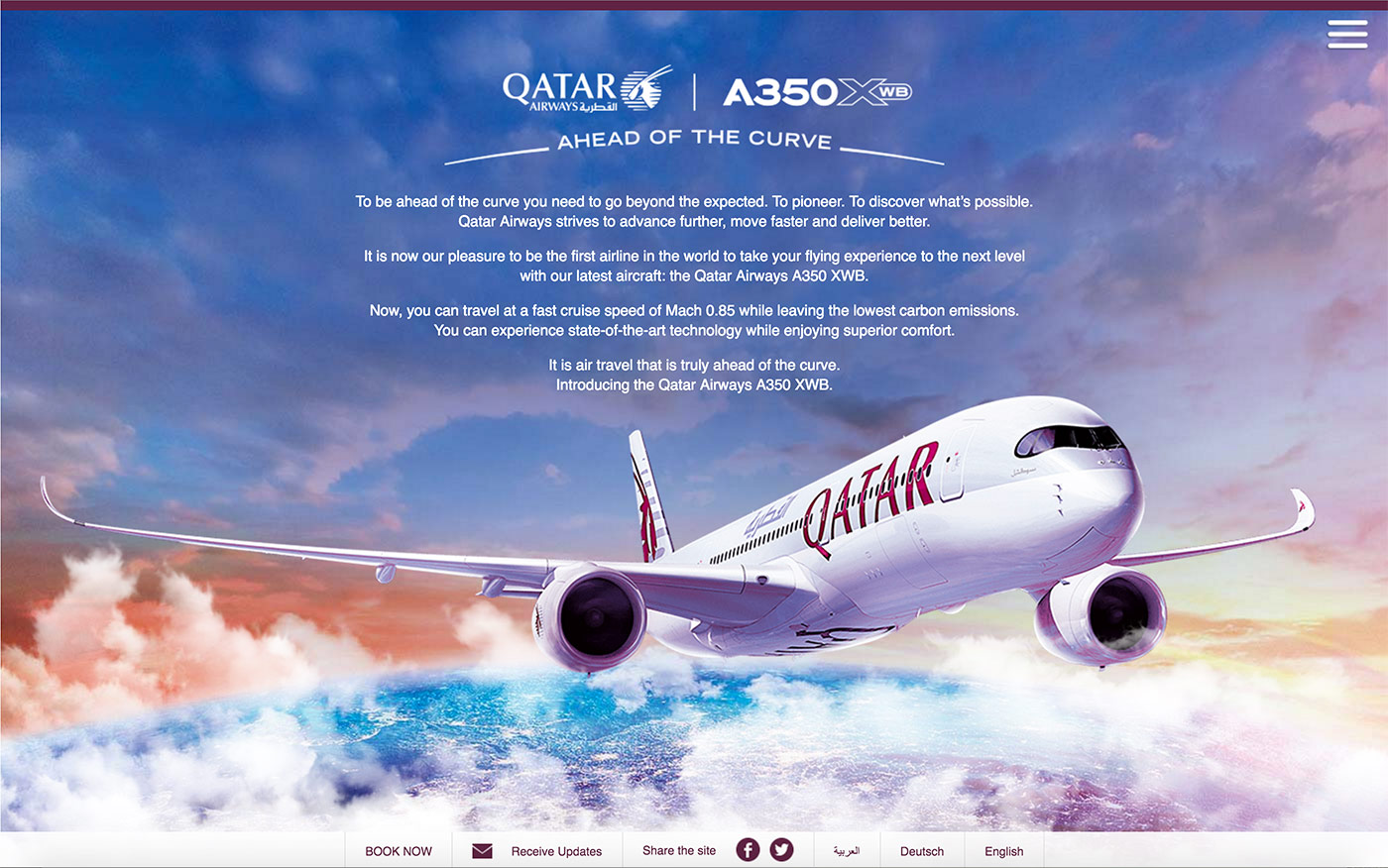 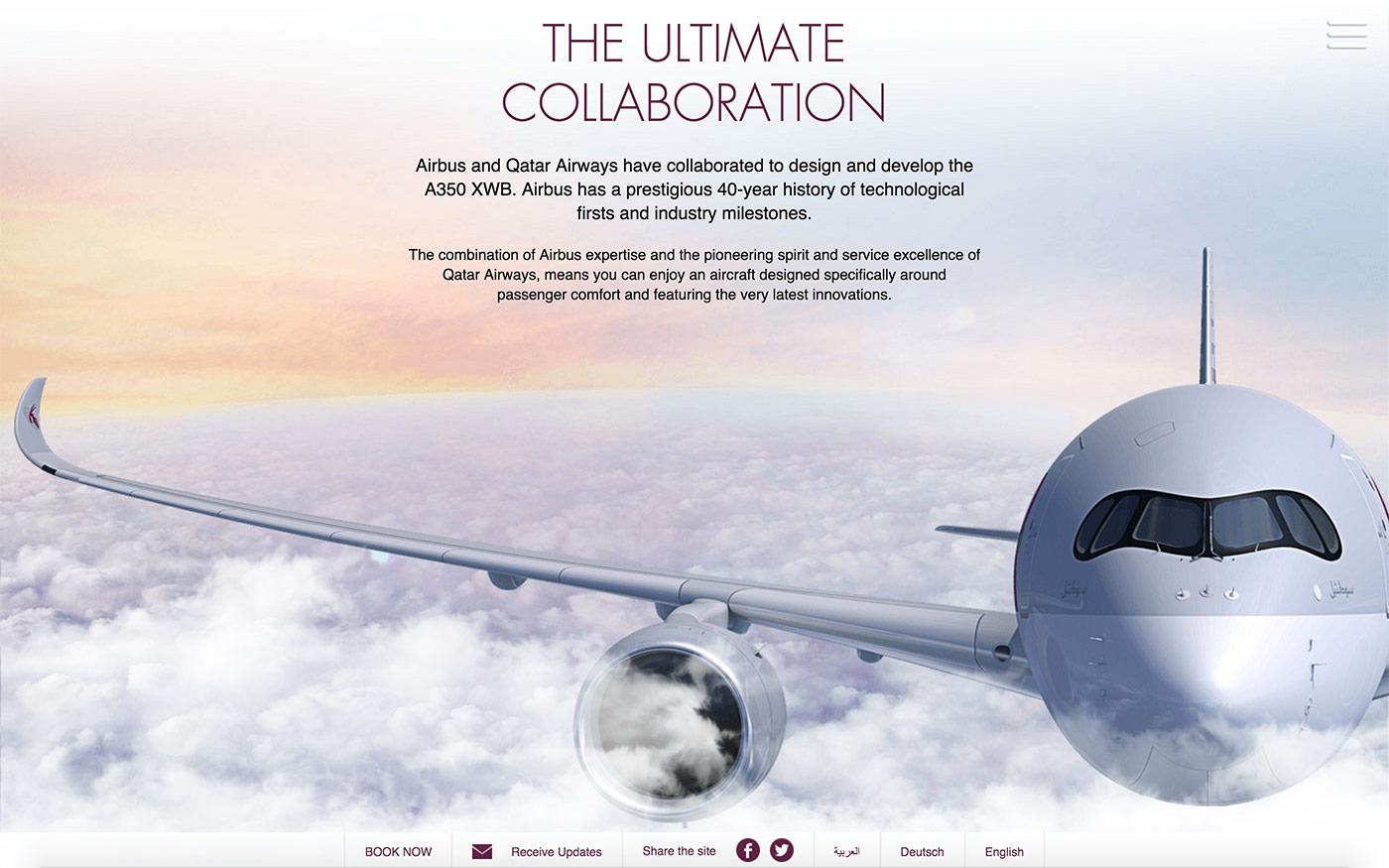 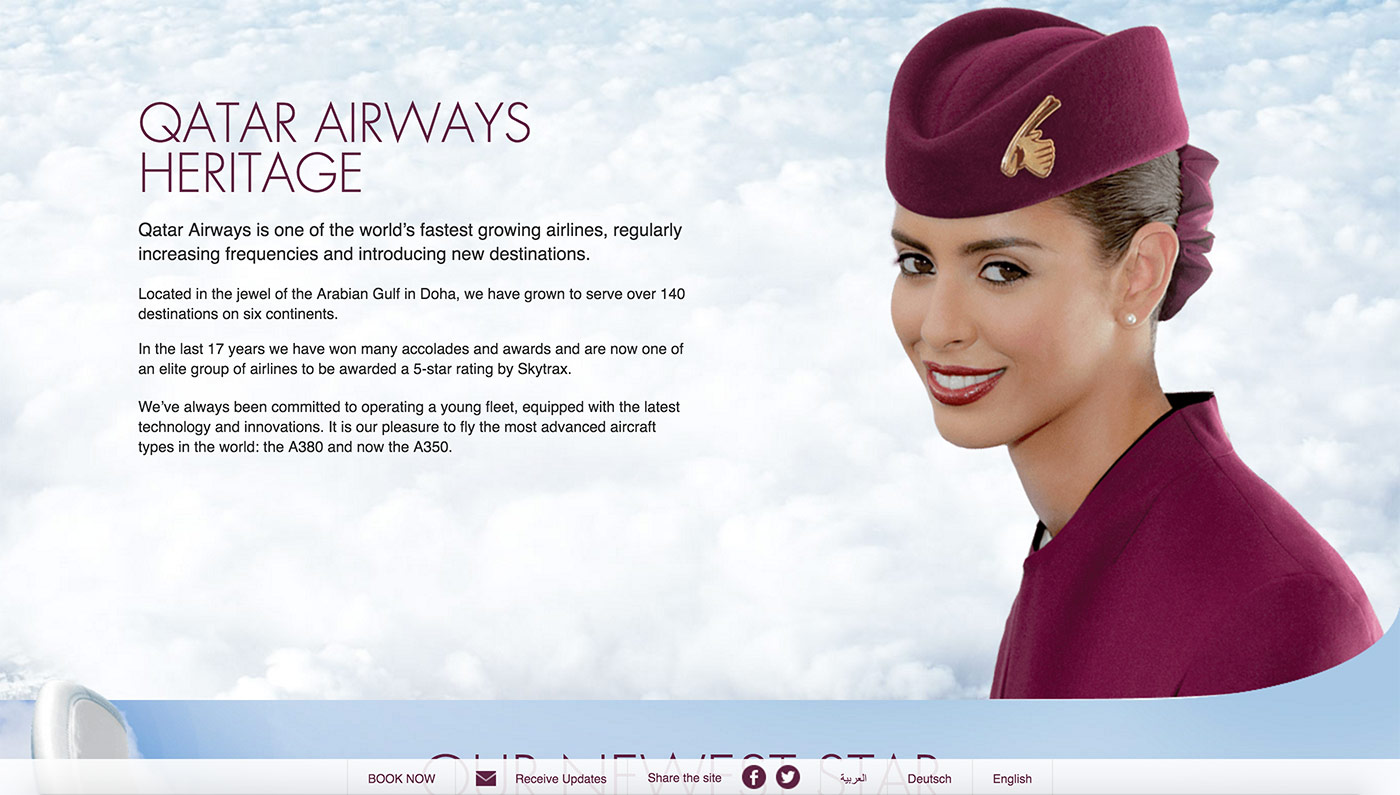 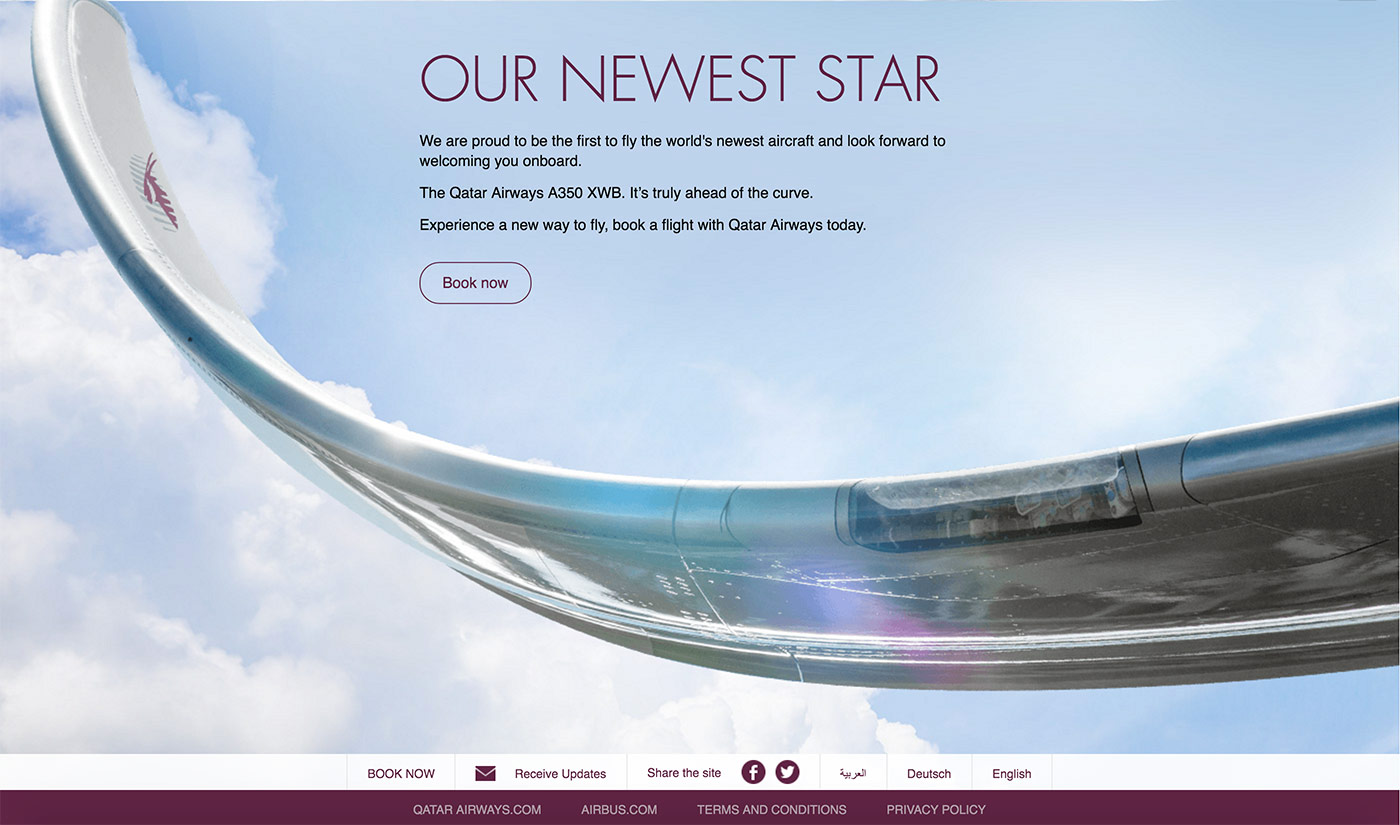 Ready For Your New Online Presence?